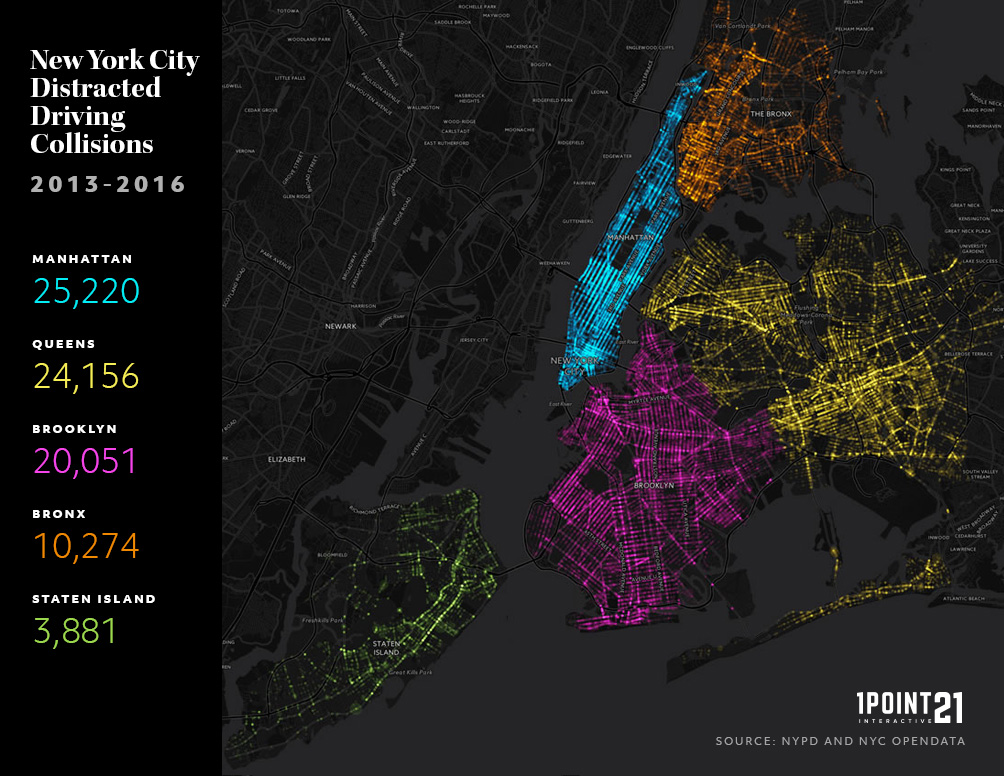 From 2013 – 2016, there were 115,955 distracted driving crashes in New York City. While these incidents are still likely under reported, this data gives New Yorkers a chance to see the issue in ways that few other jurisdictions can.

During this time period, distracted driving was a primary factor in nearly 13.5 percent of all recorded collisions in NYC (854,760) and resulted in 104 fatalities and 29,571 injuries.


*Distracted driving collisions have increased each year. While it initially appears that 2016 may have bucked this trend, the total reflects a 4 month data gap from May-16 through August-16. If we extrapolate the monthly average to the yearly total, we get an estimated 47,081 distracted driving accidents for 2016 – far more than were recorded in 2015.

Where and When Is Distracted Driving the Biggest Problem? 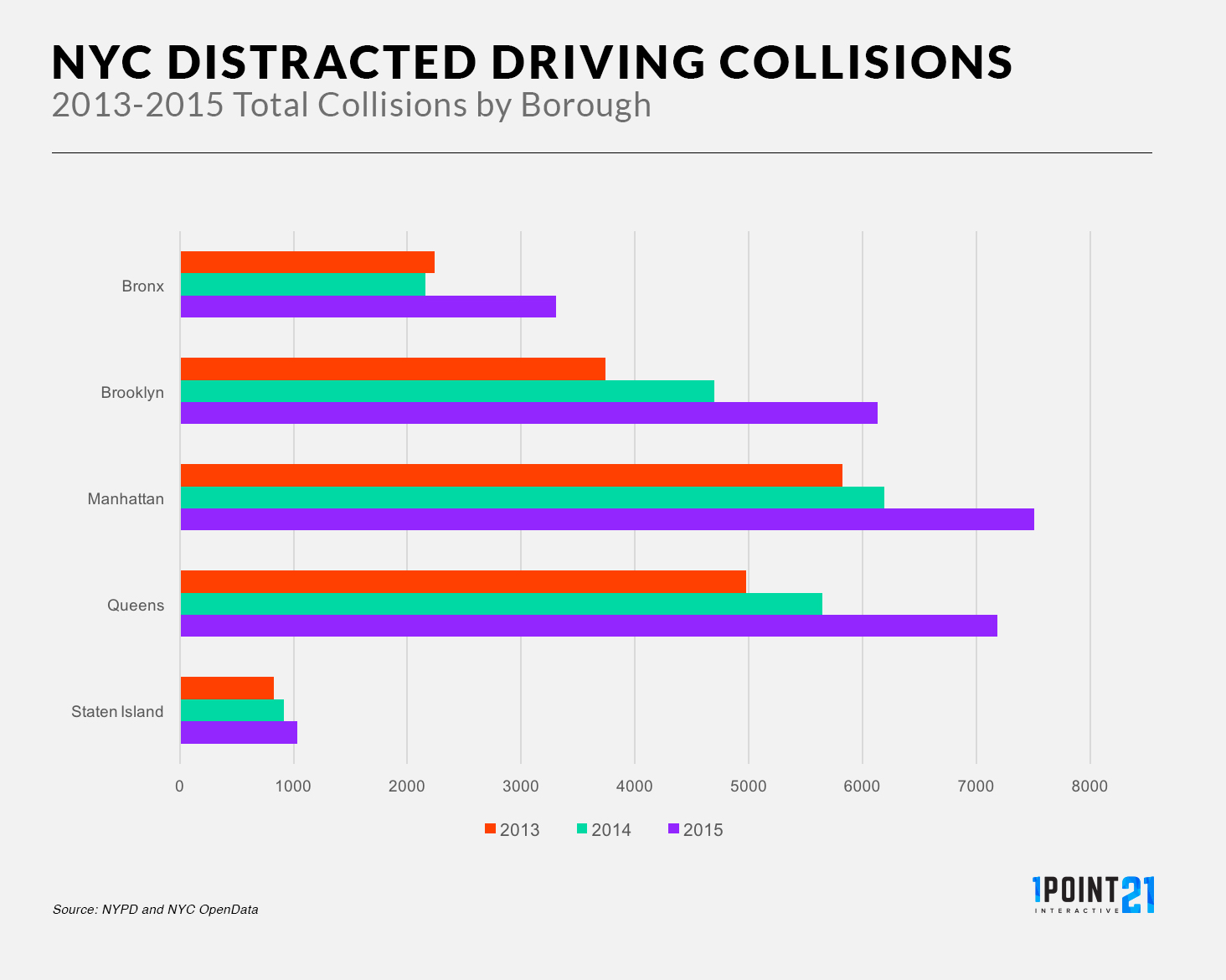 While the overall numbers were close, adjusting for population shows that distracted driving is a much bigger problem in Manhattan than the other four boroughs. In 2015, there were 456 distracted driving collisions per 100,000 residents in Manhattan. The next closest was Queens, with 307 per 100,000 residents, followed by Brooklyn with 232, the Bronx with 227 and Staten Island with 217.

Streets with the Most Distracted Driving Collisions

Below are the 50 NYC streets where the most distracted collisions occurred between 2013-2016.


Broadway is a 13-mile length of road that stretches from Lower Manhattan to Westchester County. It is not the longest road in our survey (Hylan Boulevard is 14 miles) but it’s one of the most heavily-trafficked. Perhaps unsurprisingly, Broadway led the way in total collisions (1,362), total injuries (376), and pedestrian injuries (109).

Time of Day and Time of Year

Collisions peak during the 4 p.m. hour, with 9,216 distracted driving accidents, the most of any in the day. This is surprising because it’s still daylight, but unsurprising because schools are out and many people are getting off work around then. The 5 p.m. and 2 p.m. hours ranked second and third, respectively.

In years with full year data (2012 – 2015) the highest number of collisions occurred in October (8,214), followed by September (7,861) then May (7,607).  Given that April is distracted driving awareness month, it is curious that May has such a high volume.  Perhaps reporting is up due to the increased visibility of the issue the month prior. 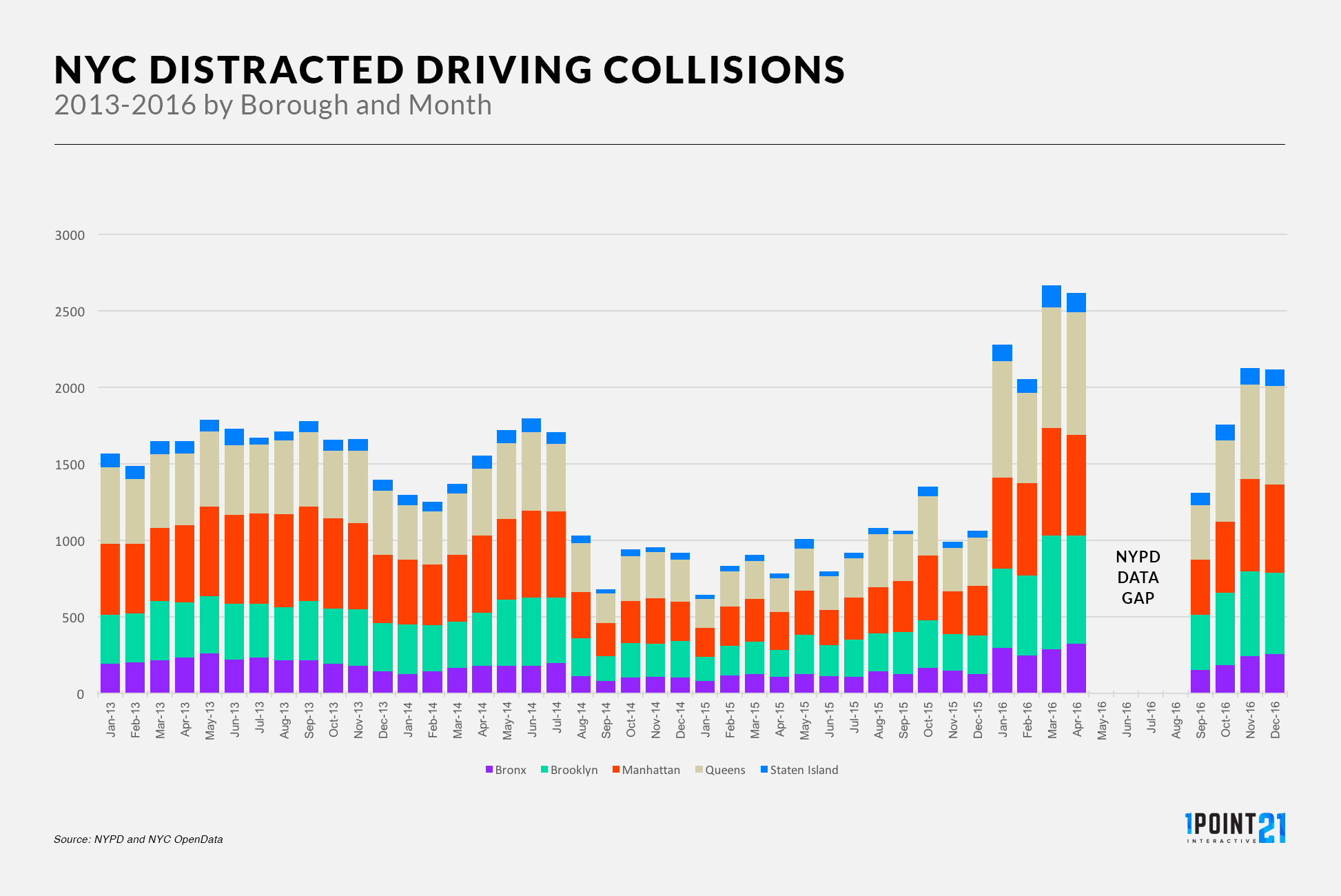 In the chart above, you’ll notice the sharp decline in the number of accidents between August 2014 and December 2015; this could be because, effective July 26, 2014, the penalties for using a cell phone in any way throughout the state of New York dramatically increased. The penalty is now a minimum of $50, but could be as high as $450 depending on prior offenses and whether an accident happened. In 2008, New York became one of the first states to institute a cell phone use ban while driving.

However, in 2016, there was an astronomical rise in reported accidents. There were three times the amount of accidents in January of 2016 than there were in January the year prior. This could be due to the law becoming ineffective – people have short memories – or the reporting itself may have increased. Distracted driving is defined as an action which takes your mind, hands and/or eyes off the road. Texting is dangerous because it does all three, but this broad definition could mean that more accidents are being put into this category. 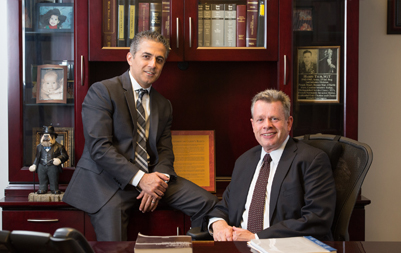 11-Year-Old Struck By A Van