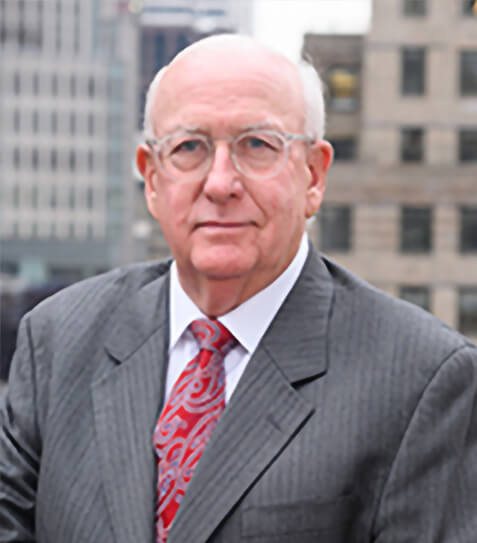 With 36 years of trial experience, James L. Forde has handled virtually every type of plaintiff’s personal injury case imaginable. Mr. Forde has successfully represented victims of medical malpractice & birth injuries, motor vehicle accidents, products liability, construction accidents, false arrest, slip & fall, premises liability, assault, and all types of municipal liability. He is a graduate of St. John’s University School of Law, where he served as a member of the Moot Court Board, representing the law school in national competitions across the United States. Jim was awarded the prestigious Best Brief Writer Award as a result of his participation in the St. John’s Law School Moot Court Program

A well-known and respected figure in our State and Federal Courts, Mr. Forde has gained the recognition of judges and his adversaries for his tireless work on behalf of his clients. His knowledge of civil procedure and the inner workings of our legal system frequently leads his colleagues to seek his opinion on complex legal matters.

In addition to his extensive trial experience, Mr. Forde is recognized as one of the most accomplished appellate attorneys in New York State. He has handled appeals on behalf of his clients and other law firms that have helped shape the law and level the playing field for innocent victims of negligence. Mr. Forde has successfully argued appeals in Federal Court, the Appellate Divisions of the State courts, and the highest court in New York State – The Court of Appeals.

Jim resides in Westchester County and is the proud father of four children. He is still actively involved in playing amateur and semi-professional baseball around the New York metropolitan area and in national/international tournaments. In 2020, Jim was inducted into the New York Mets Fantasy Camp Hall of Fame