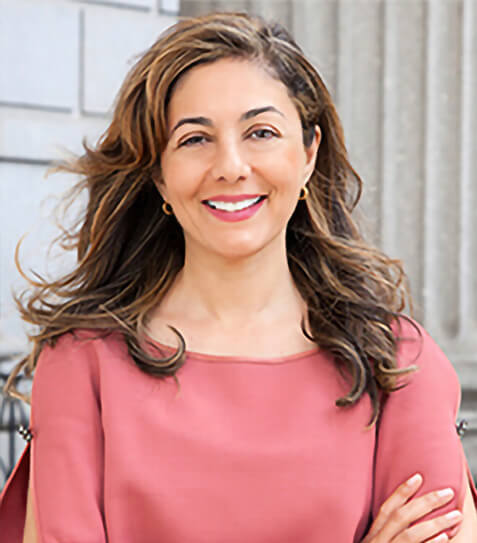 Roya Namvar joins The Law Offices of Omrani & Taub, PC with extensive litigation and appellate experience in both civil and criminal matters. Ms. Namvar started her career as an Assistant District Attorney with the County District Attorney’s Office, where she conducted trials and hearings as well as handled appeals. She subsequently continued her work as a prosecutor with the Kings County District Attorney’s Office, where she tried to verdict several felony trials. Ms. Namvar also worked as an attorney with the New York City Police Department, where she drafted decisions for the Deputy Commissioner after trials and mitigation hearings relating to departmental disciplinary, grievance and retaliation cases. While at the NYPD, she drafted a key ruling on a complex and sensitive discovery matter covering all cases brought by the Civilian Complaint Review Board (CCRB) against uniformed members of the department.

After leaving the District Attorney’s Office, Ms. Namvar joined a general practice firm where, among other cases, she managed the firm’s negligence actions from inception through resolution. Upon departing the firm, Ms. Namvar started her own law practice, where she focused on criminal cases, and was simultaneously an adjunct professor at John Jay College of Criminal Justice, where she taught various law courses to undergraduate students. There, Ms. Namvar was awarded a Certificate of Appreciation for her guidance and encouragement of Dean’s List students.

Most recently, Ms. Namvar served as Senior Appellate Attorney with an appellate firm in Manhattan. During the course of her legal career, Ms. Namvar has written and won numerous appeals as well as dispositive motions in both state and federal courts. Ms. Namvar is fluent in Farsi.attorneys in New York State. He has handled appeals on behalf of his clients and other law firms that have helped shape the law and level the playing field for innocent victims of negligence. Mr. Forde has successfully argued appeals in Federal Court, the Appellate Divisions of the State courts, and the highest court in New York State – The Court of Appeals.

Jim resides in Westchester County and is the proud father of four children. He is still actively involved in playing amateur and semi-professional baseball around the New York metropolitan area and in national/international tournaments. In 2020, Jim was inducted into the New York Mets Fantasy Camp Hall of Fame